Switch owners can start shredding Nazi zombies on March 31st, as Rebellion’s Zombie Army Trilogy, a spinoff of their Sniper Elite series, makes its way to the portable console. The game is a compilation of past releases, including all three campaigns as well as Horde mode – and adding tons of replay value with four-player drop-in/drop-out co-op play in addition to the single player.
I’m a huge fan of the Zombie Army games because, as I said in my recent review of Zombie Army 4: Dead War, they’re a guilty pleasure but a pleasure nonetheless. If you’re at all a fan of their Sniper Elite games, you have to check this out. 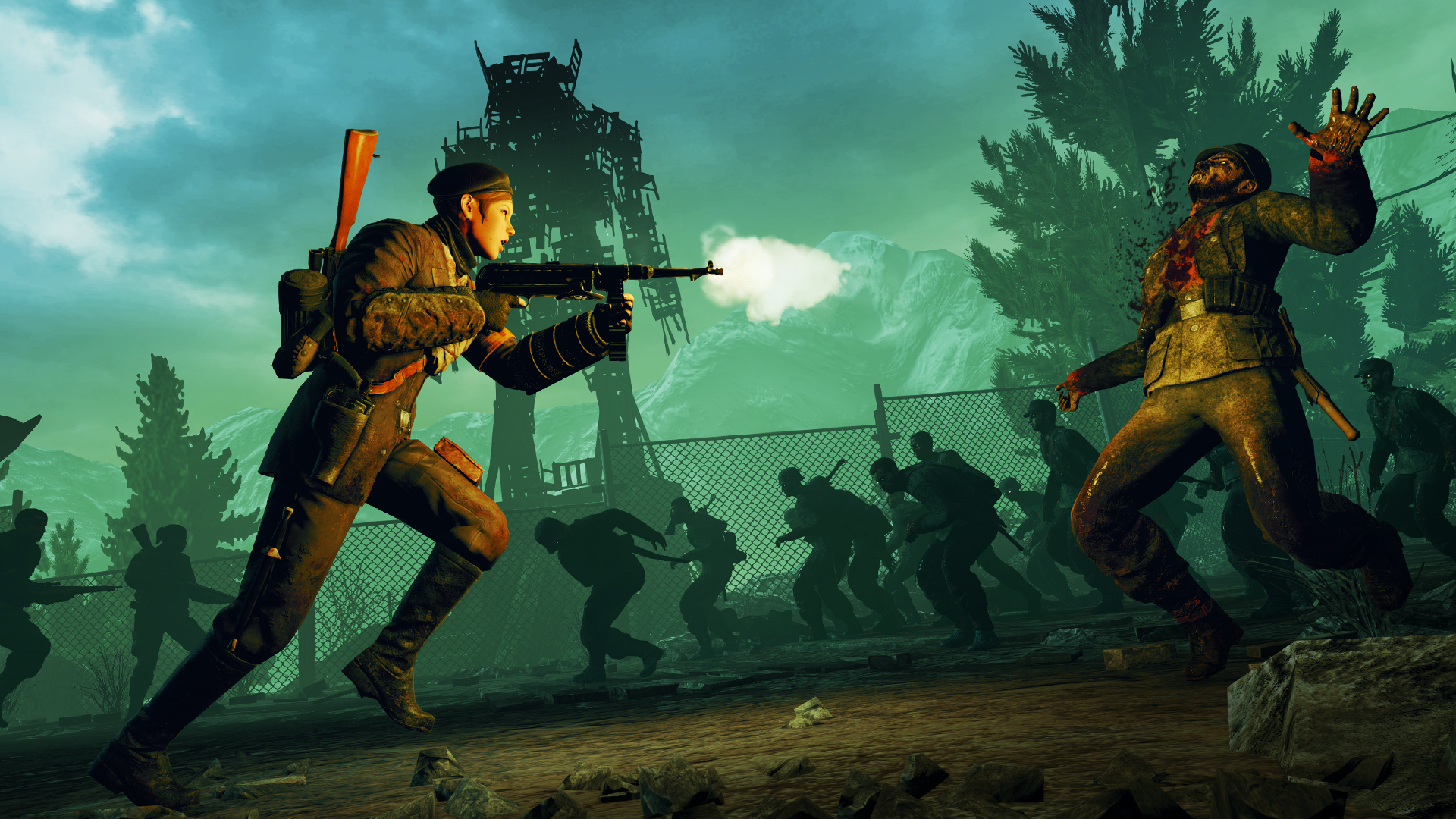 Click here for the trailer.
Here’s the press release:

Oxford, March 5 – As revealed in a brand new trailer, ZOMBIE ARMY TRILOGY will bring nerve-shredding shooter action to Nintendo Switch later this month!
Independent UK studio Rebellion is delighted to announce the cult Sniper Elite spinoff will be available both digitally and at retail on March 31, 2020.
Travel to 1945 and slay on-the-go as you face off against the massive hordes that comprise Hitler’s Nazi zombie army. Use sniper rifles, machine guns and shotguns to rip through the waves of undead, and take on the demon dictator himself in an incredible final battle!
Zombie Army Trilogy comes with everything previously released on consoles. Survive 3 intense story campaigns and take on Horde Mode, all available either in single-player or in drop-in, drop-out co-op for up to 4 players.
On Nintendo Switch, Zombie Army Trilogy offers brand new features including local wireless co-op, motion controls, Pro Controller and HD Rumble support. Zombie Army Trilogy also supports Nintendo Switch’s new friend invite system.
The Zombie Army series has sold more than 4 million copies worldwide.

About Rebellion
Founded in 1992, Rebellion is one of Europe’s biggest independent multimedia studios. Its flagship Sniper Elite series is renowned for its authentic stealth and sniping gameplay with more than 20 million players worldwide. 2000 AD is synonymous with the absolute finest in British comic book art. With the acquisition of a $100m film studio and the world’s largest archive of English language comics, Rebellion continues to grow from strength to strength.

Rebellion now operates across books, comics, TV and film, but at its core it’s still a leading developer and publisher of games. Whether it’s the breathtaking intensity of Sniper Elite 4, the face-hugging terror of Aliens vs. Predator or the grindhouse frenzy of the Zombie Army series, the Oxford-based studio is revered for creating stand-out games designed to thrill.