Cuphead to get Netflix animated series: The Cuphead Show!

Cuphead was an instant phenomenon when it debuted at E3 2014 as part of Microsoft’s indie showcase, with the 1930’s art style and high-intensity action making gamers sit up and take notice. It took some time to actually arrive, hitting PC and Xbox One in fall of 2017, but proved worth the wait with the review score average settling just shy of 90%.
Now the crazy antics of Cuphead and Mugman will be hitting Netflix, so keep an eye on The Cuphead Show! for updates. 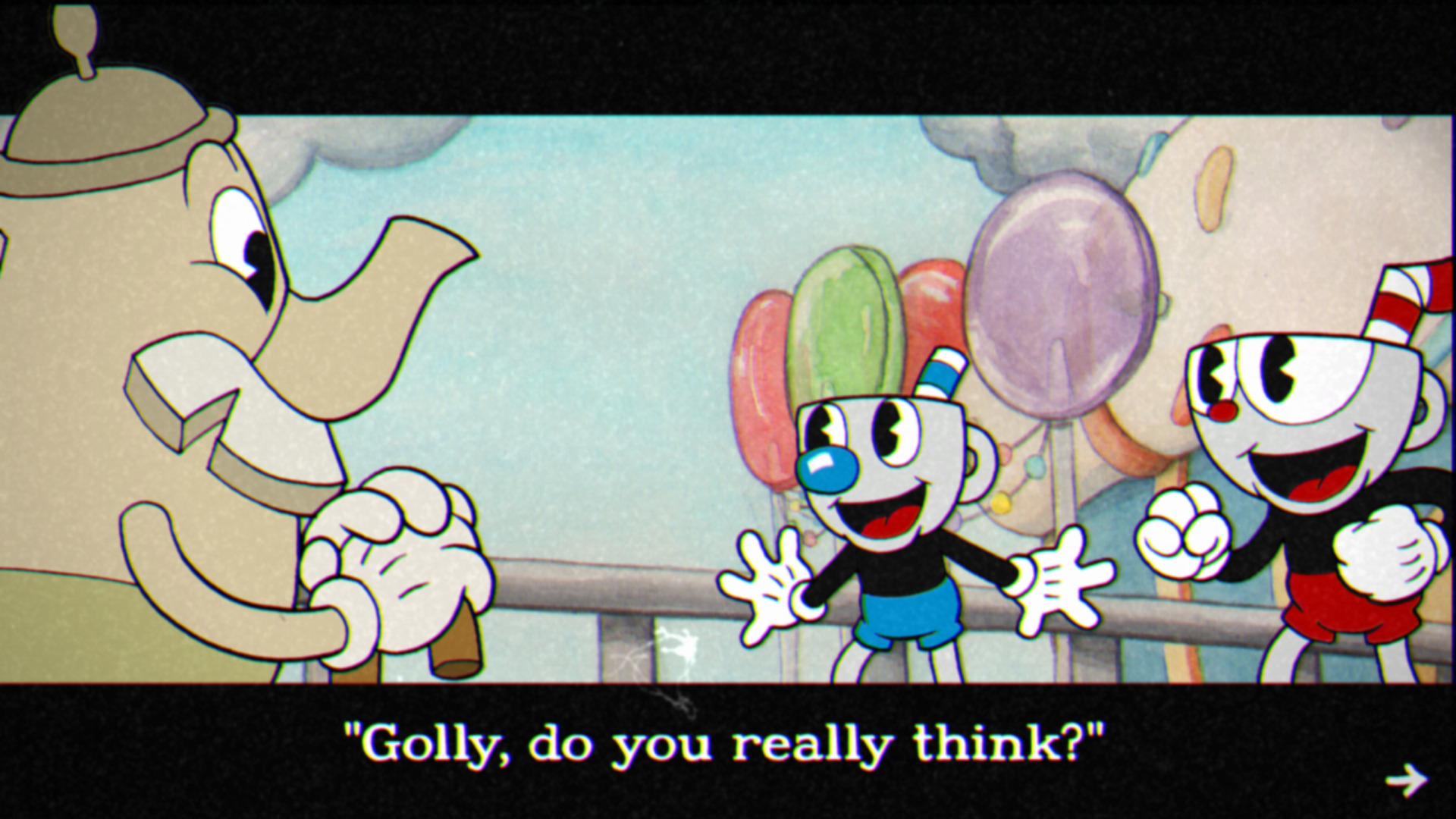 Today Netflix and King Features Syndicate, a part of Hearst Entertainment and Syndication jointly announced an all-new animated series The Cuphead Show!, based on Studio MDHR’s award-winning video game Cuphead™, the wildly popular global phenomenon.
The game that has won the hearts and minds of fans with its gorgeous retro hand-animated style, crazy boss-brawls, and challenging gameplay will come to life on television for the first time ever in The Cuphead Show!. The new series will expand on the characters and world of Cuphead, with an animation style inspired by the classic Fleischer cartoons from the 1930s. For King Features, CJ Kettler will serve as the Executive Producer and creators Chad and Jared Moldenhauer will serve as Executive Producers for Studio MDHR. The series will be produced by Netflix Animation and is executive produced by Emmy and Annie Award-winning producer, Dave Wasson (Mickey Mouse Shorts) and Cosmo Segurson (Rocko’s Modern Life: Static Cling) serves as co-executive producer.
The character-driven comedy follows the unique misadventures of the impulsive Cuphead and his cautious but easily swayed brother Mugman. Through their many misadventures across their surreal home of the Inkwell Isles, they’ve always got one another’s backs.
To date, Cuphead™ has sold over 4 million units worldwide, and has won over 20 major awards, including Special Achievement in Animation at the 45th Annual Annie Awards, Xbox One’s Game of the Year, a BAFTA Games award for Music, and a trio of statues at the 2017 Game Awards for Best Debut, Best Independent Game, and Best Art Direction. The game continues to be celebrated by fans for its arcade-action gameplay, highly original art design, and an award-winning soundtrack featuring almost three hours of original jazz, early big band, and ragtime music.
This announcement marks the first long-form animated series production for King Features since announcing their strategy to build character franchises across multiple platforms including television, digital video, licensing and social media. Cuphead has already made its mark in the consumer products space with a unique program featuring an array of domestic and international deals. Best-in-class partners include Funko, McFarlane Toys, Dark Horse Comics, Elope, Jay Franco + Sons, 1000 Toys, Fifth Sun, Just Funky and retail partnerships with Target, Walmart, Hot Topic, Spencer’s, Gamestop and others.

Studio MDHR is a Canadian independent studio founded by brothers Chad and Jared Moldenhauer. Their first game CUPHEAD™ centers around plucky brothers Cuphead and Mugman in their quest to pay back their debt to The Devil! Across the strange worlds of the Inkwell Isles, players battle massive, screen-filling bosses, acquire new weapons, and discover hidden secrets in single player or local co-op. Inspired by a mixture of classic run-and-gun action video games and cartoons of the 1930s, Cuphead’s visuals and audio are painstakingly created with the same techniques of the era: traditional hand-drawn cel animation, watercolor backgrounds and original jazz recordings. The game launched on Xbox One as well as Windows 10 PC, Steam and GOG, and has since come to Nintendo Switch. Studio MDHR is currently hard at work on a downloadable content pack for Cuphead entitled The Delicious Last Course, due out in 2020.

King Features, a member of the Hearst Entertainment & Syndication Group, is one of the largest and most experienced organizations in classic consumer product merchandising and licensing as well as the world’s premier distributor of comics, columns, puzzles and games to print and digital outlets worldwide. King represents some of the most recognizable iconic property franchises, including “Popeye,” “Betty Boop,” “Flash Gordon,” “The Phantom,” “Mandrake the Magician” and “Hägar the Horrible.” For more information, please visit www.kingfeatures.com.

Netflix is the world’s leading internet entertainment service with 148 million paid memberships in over 190 countries enjoying TV series, documentaries and feature films across a wide variety of genres and languages. Members can watch as much as they want, anytime, anywhere, on any internet-connected screen. Members can play, pause and resume watching, all without commercials or commitment.